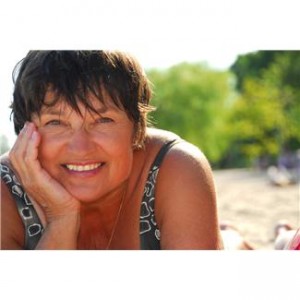 I hate summer colds. When it’s raining and icy outside I anticipate I’ll get the flu or a virus, but not when it’s hot out. I don’t know why. This past weekend my hubby and I spent it sleeping, reading, eating soup, and binge watching House of Cards (Netflix). We saw a couple other great movies on HBO, too.

The book I just finished was one of JD Robb’s Death mysteries and I thoroughly enjoyed it. There’s something amazing about an author who can write so many stories about the same characters and keep bringing something new and inventive into the story. Certainly, there are always new characters and murder situations, but the main characters keep evolving and that makes the story even better. It’s set in the not so distant future, say forty years from now and much of life is the same. But getting real coffee and real meat is a challenge and only reserved for the wealthy. Pepsi comes in a tube. And while cars can elevate and fly, they don’t often so we don’t have to worry about suspending disbelief – it could happen.

Do you ever wonder why movies and television shows have exploded and there are so many channels to choose from? (Money for one, but the other is – storytelling keeps us going.) Since many channels show reruns I don’t see how they all survive, but they do, and not everyone has access to all the same stations. What makes these forms of entertainment so popular is the story. We’re captured by the actors, the scenes, the special effects, the music, the drama/comedy/adventure. We are transported into that story, maybe even flying through space on the starship Enterprise as the Romulans attack. I recently saw “Brooklyn” and I was transported to Ireland and then New York City (Brooklyn) during the 1950’s. The cars, the clothes, the music, the hairstyles, the language (love Irish accents) let me be there while I watched the story unfold.

Isn’t that the same thing we want when we read a book? We readers want to slip between the pages, into the time and place, along with the hero and antagonist, so we can experience this new world we’re reading about. I recently read “The Citadel” by Kate Mosse and I have to tell you – I wanted to be in France, but NOT during the 1940’s. The German occupation of France was horrific. Kate Mosse made the time and place come to life.

We authors want our stories to draw readers in and hold them there until the end. When it happens, it’s magical. When the moving pictures in your head get transferred accurately on the page and into the reader’s imagination – we soar with joy. We take the reader along with us and hope their experience is satisfying. Not every story will resonate with every person – but when it does – it is true magic.  One of my readers sent me a message saying she had seen my character, “Annabelle” on the street in town.  Feisty Family Values and particularly Annabelle had come to life for her. That’s what I call MAGIC. Another reader wrote me that she hated Regina in the first book but really liked her in the second. She said she was glad she wasn’t such a bitch anymore. It made me laugh and gave me a sense of pride as well. The character of Regina came to life for her.

I hope none of you out there get summer colds, but if you do – drink lots of fluids, sleep lots, read and get well soon.

Everyone has a book in them