In 1949, Earl Divine and his family moved onto Miller’s old farm five miles south of the Viola Baptist church on my tenth birthday. He was a tall, good-looking boy of eleven, with a shock of dark blonde hair and cornflower blue eyes. His crooked smile and easy laughter won the hearts of all the girls in our Kansas county, but most especially mine. For the first time in my life I wanted to look nice and make a boy notice me. The fellows liked him, too, enjoying his joking ways. This included my little brother, Tom.

I was a serious girl, doing all of the things Momma taught me – like canning, cooking from scratch, and gardening. I even plucked chickens, which everybody knows are God’s dumbest creatures. Tall and naturally thin, my crowning glory was thick and shiny red hair. I never cared much for freckles, but there’s not much I can do about mine.     Papa said, “Them are God’s little beauty marks, Hannah.”

Personally, I think God’s got a leaky pen, and it splatters some when he draws our likeness.

By the time I turned fifteen, by shear determination I wore him down and Earl Divine and I became a “couple,” much to Momma and the other girls’ dismay. For three years we courted, going to dances, ice cream socials, potluck dinners at the church, and supper at my folks’ on Sunday.

In those days boys were polite about the fact that they wanted to kiss and touch. I’d been raised to keep my legs together, but it didn’t stop the warmth like hot maple syrup from sliding from one end of my insides to the other. That boy made me want to be bad, but neither one of us could bring ourselves to do the deed before marriage. We came as close as we could without breaking the rules, admiring all the parts of each other that weren’t expressly forbidden, often breaking out in a storm of sweat from the fight with our upbringing. Lord, what a beautiful body he had. The curly hair on his torso scratched and made me giggle.

They taught us all about the crazy time we were going through and warned us not to succumb. The preacher made out like sex was evil, but if that was so there wouldn’t be so many big families in the county.

One evening we lay on the hood of Earls’ 1939 Buick gazing at the stars that peaked through the grove behind my papa’s barn. The night sky over the southern Kansas farm country was black as ink, but the stars were bright enough we could almost feel their warmth. Our breathing had finally slowed from a recent bout of heavy kissing. My body felt like cooked noodles and my brain had turned to oatmeal. I broke the silence. “I love the fresh smell of new mown hay,” I said, and filled my nostrils with the glory of the evening.

What a goofy thing to say, I must be crazy.

Earl snorted, but he didn’t make fun of my awkwardness. I think it was then that I truly fell in love with my fair haired beau. 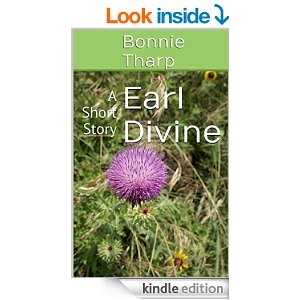 Everyone has a book in them

Her Royal Spyness is great fun